" Let me make something clear. You are not doing me a favour when you train; you are doing yourself one. I care passionately about your success, but when you can't be bothered, ​you let down your dojo mates, and most of all, you let down yourself ."
- words from a Sensei

​Our Hon. Patron and the Adviser in Canada 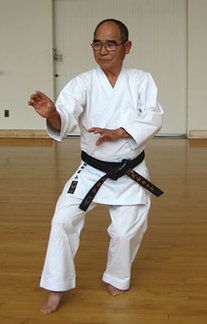