“The ultimate aim of Karate lies not in victory nor defeat, but in the perfection of the character of its participants.”
​– Gichin Funakoshi

It was during his early primary school years that he was first inntroduced to the study "Tode" or "Chinese Hand" under Master Yasutsune Azato, as his family felt that by studying the art of karate it might help to strengthen him physically and thus improve the quality of his life.

A good student Gichin Funakoshi flourished under the tutelage of Master Azato to whose home he travelled each evening to practice karate. Later Master Azato would introduce him to another important teacher under whom he would also study, Master Yasutsune Itosu. It was these two men more than any others, who would have the greatest impact on his life.

No longer interested in entering the medical school it was while studying karate that Gichin Funakoshi decided to become a school teacher, and so after passing the qualifying examination, he took charge of his first primary school class in 1888. It was a profession he was to follow for more than thirty years.

A high point in Gichin Funakoshi's karate took place on March 6, 1921 when he had the honour of demonstrating the art of "Okinawan te" to then Crown Prince Hirohito during a visit he made to Okinawa. Then, in the Spring of 1922, Gichin Funakoshi traveled to Tokyo where he had been invited to present his art of Tode at the First National Athletic Exhibition in Tokyo, which had been organized by the Ministry of Education. After the demonstration he was strongly urged by several eminent groups and individuals to remain in Japan, and indeed he never did return to live in Okinawa.

As it had in Okinawa, the educational system of Japan was to become a major factor in the spread of karate. By 1924 Gichin Funakoshi had started to introduce karate to several of the local universities, first at Keio, followed by Chuo, Tokyo, and Waseda to name but a few. It was through these universities that he was able to reach a much larger audience and this contributed greatly to the growing popularity of karate.

Master Funakoshi was finally able to establish the Shoto-kan dojo in 1936, a great landmark in the history of karate. Funakoshi sensei was not only a genius in martial arts, but he was also a literary talent, and he signed all of his works "Shoto" which was his pen name. Hence, the dojo where he taught came to be known as "Shoto's school" or "Shoto's kan" which was ultimately adopted as the official name for his style of karate. Funakoshi sensei had combined the techniques and katas of the two major Okinawan styles to form his own style of karate, as a result, today Shotokan karate-do includes the powerful techniques of the Shorei style of karate, as well as the lighter more flexible movements of the Shorin style of karate. 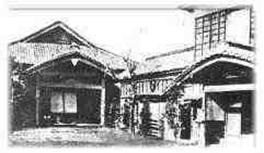 After the end of the Second World War, karate was slowly revived, and a major step forward took place when the Japan Karate Association (JKA) was established in 1949, with Funakoshi sensei appointed by the organization as it's first Chief Instructor due to his advanced skills and leadership capabilities. Although Funakoshi sensei was famous as a great karate master he was also acknowledged as a very humble man.

During his lifetime he emphasized three major aspects of karate-do above all else, basic technique, kata, and the development of spiritual values leading to the perfection of the character of karate's participants.   After training, and teaching the art of karate for more than seventy-five years, Master Gichin Funakoshi passed away in Tokyo, Japan on April 26, 1957 at the age of 88 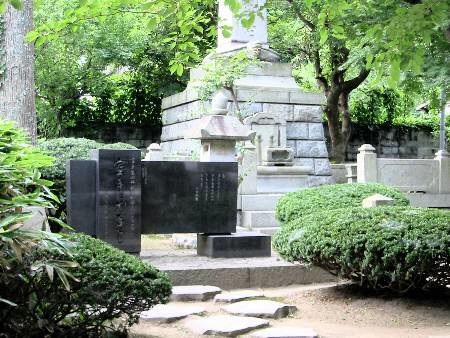 ​The photograph above is of the memorial to Gichin Funakoshi sensei that is located on the grounds of Engakuji Temple, in Kamakura, Japan. This photo is one of a series that were taken by, and very kindly provided to me, courtesy of Sensei Thomas Casale, 5th Dan, Chief Instructor, JSKA-USA, to whom I am very grateful.
​ 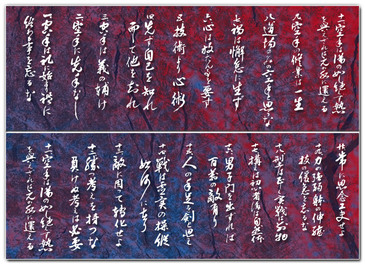 ​KARA means in Japanese "EMPTY" and TE means "HAND". So KARATE means "EMPTY HAND". Your arms, legs and the body are used as weapons to attack, block and for self-defense.
EIGHT MOST IMPORTANT PHRASES OF KARATE
(As explained by Great Master Funakoshi by his own words)
Therefore, Know the enemy and know yourself: in a hundred battles you will never be in peril
When you are ignorant of the enemy but know yourself, your chances of winning or losing are equal
If ignorant both of your enemy and of yourself , you are certain in every battle to be in peril
For to win one hundred victories in one hundred battles is not the highest skill. To SUBDUE the enemy WITHOUT FIGHTING is the highest skill.
When birds of prey are attacking, they fly in low without extending their wings. When wild beasts are about to attack, they crouch low with their ears close to their heads. Similarly, when sage is about to act, he always appears slightly dull.
A stone with no water within it is very hard. A natural magnet with no water within it is dense. If a body is hard within and dense without, how can it ever be penetrated? If thing has an opening, then it will be filled. If a thing has an inch of cavity, then one inch of water will fill it.